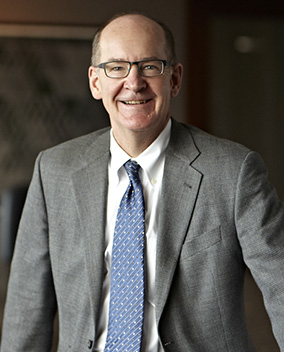 Paul is a veteran trial lawyer, having tried over 40 cases to verdict or decision.

He has been widely recognized for his trial skills. Following the verdict in a two-month jury case, the trial judge in open court described him as “one of the toughest cross-examiners” she had ever seen.

He is a Fellow of the American College of Trial Lawyers.  Membership in the College is by invitation only, and is limited to the top one percent of trial lawyers.

Paul is ranked among the top ten litigators in Washington by Chambers USA, which reports that he “has acquired an excellent reputation thanks to trial victories in cases involving matters as diverse as business ownership, antitrust and consumer protection, professional liability, employment and securities.”

Matters he has tried include the successful defense of a $200 million legal malpractice case, defense of a criminal bid-rigging case against one of the nation’s leading energy producers, a specific performance case involving the relocation of an NBA franchise, a high-stakes patent dispute for one of the nation’s leading consumer products manufacturers, a First Amendment commercial speech case for a professional sports team, a federal criminal antitrust and perjury prosecution, a three-month civil rights and takings case, plaintiff’s personal injury and wrongful death claims, and real property disputes.  Areas of concentration include real estate, professional liability defense, general commercial disputes, securities, antitrust and consumer protection, condemnation and employment.  Finally, as Special Counsel to the Washington Commission on Judicial Conduct, Paul has investigated and tried several judges accused of misconduct.